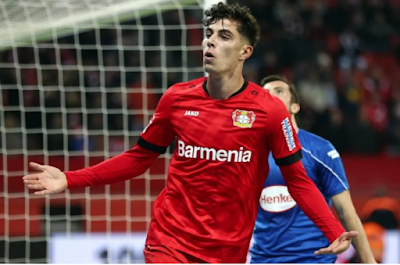 Chelsea has finally made a breakthrough in negotiations with Bayer Leverkusen for Kai Havertz, BILD reports.

It eclipses the £71.6m they paid Athletic Bilbao for Kepa Arrizabalaga two years ago.

The Stamford Bridge outfit has agreed two sets of bonuses with Leverkusen, the first of which is expected to be paid out in full and relates to the Blues reaching the knockout stages of the Champions League over the next five years.

The second batch of bonuses are for any titles that are won up until 2025, including the Premier League, Champions League and FA Cup.

Personal terms are not expected to be a problem, as Havertz has verbally agreed to a five-year contract.