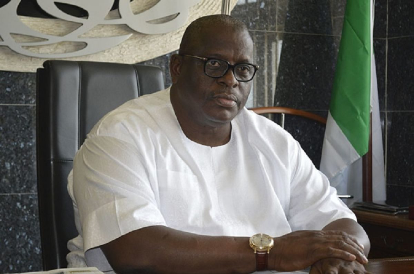 A former lawmaker, Senator Buruji Kashamu, will be buried in his hometown of Ijebu Igbo, Ogun State, on Sunday, his Spokesman, Austin Oniyokor, has said.

He said the deceased, who represented Ogun East Senatorial District between 2015 and 2019, would be buried according to Islamic rites by 12pm.

The spokesman in a statement said Kashamu died in a private hospital in Lagos at the age of 62 after a brief illness.

The statement read in part, “The Shodipe Kashamu family of Ijebu-Igbo, Ogun State, has announced the death of the patriarch of the family, Senator Buruji Kashamu.

“Kashamu, 62, died today (Saturday) at a private hospital in Lagos, after a brief illness.

“His remains will be interred by 12 noon tomorrow, Sunday, August 9, 2020, in his Ijebu-Igbo country home, in accordance with Islamic rites.”