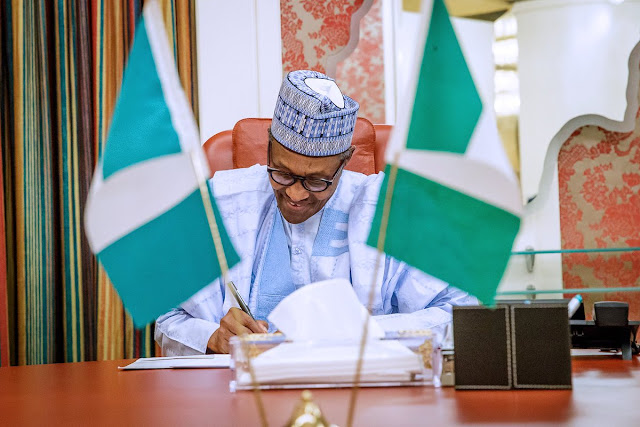 The bill which became Companies and Allied Matters Act (CAMA), 2020 is regarded as the most significant business legislation in Nigeria since 1990.

The bill was passed by the Bukola Saraki-led eight senate, but the president refused to assent to the bill, asking to “preserve the powers of the Attorney-General of the Federation to approve the registration of companies limited by guarantee” among other provisions.

In November 2019, the president asked the national assembly to effect some corrections to the bill, which led to it passing second reading in February 2020, before the president signed on Friday.

Femi Adeisna, special adviser to the president on media and publicity, said “the president’s action on this important piece of legislation, therefore, repealed and replaced the extant Companies and Allied Matters Act, 1990, introducing after 30 years, several corporate legal innovations geared toward enhancing ease of doing business in the country”.

The Act ensures “filing fee reductions and other reforms to make it easier and cheaper for small and medium-sized enterprises to register and reform their businesses in Nigeria”.

It also “makes it possible to establish a private company with only one (1) member or shareholder” — as against the minimum of two people in the recent past.

A transparency clause in the CAMA 2020 also requires “the disclosure of persons with significant control of companies in a register of beneficial owners to enhance corporate accountability”.