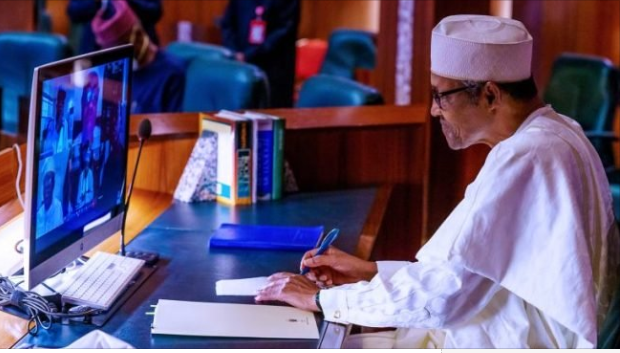 President Muhammadu Buhari has explained why he delayed in approving community policing in Nigeria.

Buhari said the inability of states to pay workers was responsible for the delay in approving community policing.

He disclosed this through his Senior Special Assistant on Media and Publicity, Garba Shehu.

Speaking on Channels Television, Shehu said there is a standard national procedure and prescription for each state to comply with regarding community policing.

Shehu also disclosed that the president was concerned about the proliferation of arms, hence the delay.

He said, “For President Muhammadu Buhari, the concern has always been about the spread and abuse of weapons in the hands of police.

“He said repeatedly that, look, a lot of the states that had clamoured for state police, many of them are unable to cope with salary payment.

“If you hire a community policeman and give him a gun, and keep him for five, six months without salary, what do you expect?

“Whatever name they go by, Amotekun or whatever, they will be streamlined and they will be run in accordance with the structure as defined by the Inspector-General of Police.”

Recall that Buhari has approved the sum of N13.3 billion for the take-off of community policing in Nigeria.

The approval was disclosed at a meeting of the National Executive Council, NEC, meeting presided over by the Vice President, Yemi Osinbajo last week.