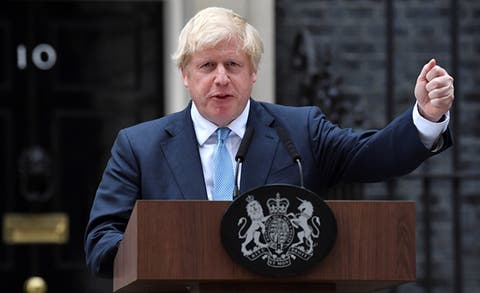 British Prime Minister Boris Johnson faces growing unease in his own Conservative party over his response to the coronavirus pandemic, a report said on Sunday.

Many Conservatives are concerned by a series of policy U-turns by Johnson’s government, The Observer newspaper quoted lawmakers as saying, while an opinion poll suggested the Conservatives have lost support to the main opposition Labour party.

The newspaper said he is expected to face tough questions from Conservative lawmakers next week when parliament resumes after a summer recess.

“Too often it looks like this government licks its finger and sticks it in the air to see which way the wind is blowing,” Charles Walker, vice-chairman of the 1922 Committee of Conservative Lawmakers, told the newspaper.

“This is not a sustainable way to approach the business of governing and government,” Walker said.

He said Conservative lawmakers found it “increasingly difficult … to promote and defend government policy, as so often that policy is changed or abandoned without notice.

“Whether this approach is by design or by accident, the climate of uncertainty it creates is unsustainable and erodes morale.”

An Opinium poll for The Observer found support for Labour and the Conservatives was level on 40 per cent, suggesting the Conservatives have lost the big lead they had built under Johnson’s leadership since July 2019.