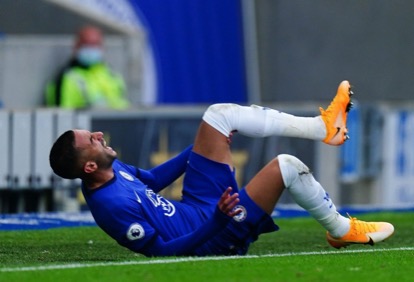 Ziyech, who had an immediate impact with a role in Timo Werner’s first goal for Chelsea against Brighton, suffered a potential injury after the break at the Falmer Stadium.

The Moroccan international needed treatment from Chelsea physicians as he seemingly felt the effects of a poor challenge beforehand just eight minutes into the second half.

The 27-year-old received treatment as he stayed down before hobbling off the pitch gingerly, with Conor Gallagher on in his place.

Providing an update on Ziyech’s injury after the game, Lampard was quoted by Chelsea’s official website as saying: “He has a bit of a knock on his knee, a little of a small twist which we will have to assess.