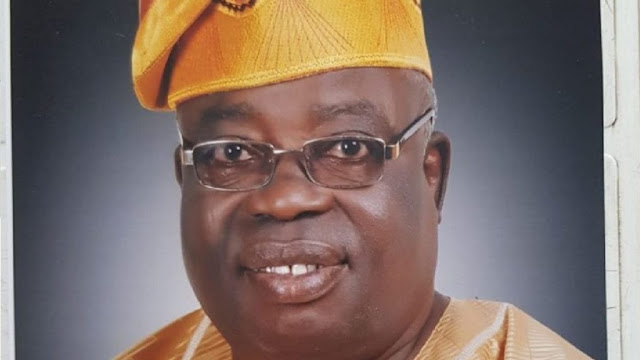 Lanre Rasak, a stalwart of the All Progressives Congress (APC), is dead.

A source close to the family disclosed that he passed away on Saturday.

The politician, 74, had been sick and could not attend meetings since July.

He was also an ally of APC national leader, Bola Tinubu.

The deceased was a former Commissioner for Transport in Lagos.

He died in the early hours of Saturday.

“He succumbed to the coronavirus pandemic on Lagos after a long battle with it.

“Chief Rasaq was a member of the state’s Governors Advisory Council (GAC) and was a one-time chairman of Epe local government before he was elevated to becoming the state commissioner for transportation in the military administration of Col Olagunsòyè Oyinlola.

“Bìg and burly, KLM, as he was widely known, was a member of several social organisations.

“He ran a flourishing construction company which was involved in many housing programs of govt on private-pinlic partnership basis”, Osiyemi wrote.

Razak had his political base in Epe where he earned the title of Balogun of Epeland. He was also honoured with the title of Fiwagbade of Lagos.

In 1999, he joined the All Nigeria Peoples Party, where he contested the governorship election against Asiwaju Bola Ahmed Tinubu.

He later crossed over to the Peoples Democratic Party.

But in 2011, he joined the Action Congress of Nigeria and played prominent role in the progressive camp.

He was being promoted of recent as a possible replacement for Senator Bayo Osinowo, who died of COVID-19 recently.