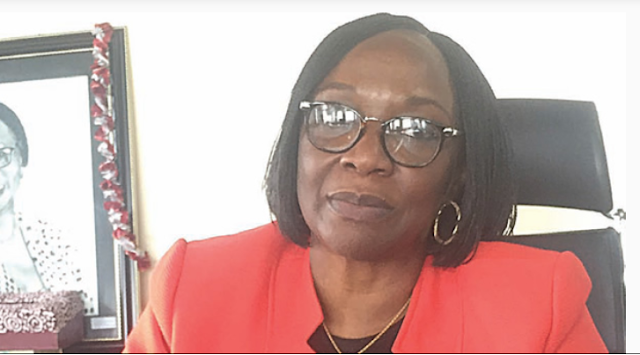 Professor Folasade Ogunsola has secured the highest number of votes in the election held by members of the University of Lagos Senate to choose an acting Vice-Chancellor.

She was the Deputy Vice-Chancellor, Development Services at the UNILAG before her emergence.

The result of the election obtained by one of our correspondents showed that she secured 135 of 167 votes.

Prof. Ben Ogbojafor, who was also considered for the post by members of the Senate, secured 31 votes.

One void vote was recorded.

They were nominated at the senate meeting held on Monday.

The meeting was attended by 167 professors.

Chairman of the Senate Emergency Committee, Prof. Chioma Agomo, also announced the result to journalists after the election.

NigerianEye earlier reported that the Federal Government last week directed the varsity’s Pro-Chancellor and Chairman of Council, Wale Babalakin, and Vice-Chancellor, Prof. Oluwatoyin Ogundipe, to recuse themselves from official duties, pending the outcome of the Special Visitation Panel set up by the President, Major General Muhammadu Buhari (retd.).

FG had also asked UNILAG Senate to reconvene to appoint an acting VC.

According to her Wiki citation, Folasade Tolulope Ogunsola was born in 1958. She is a professor of medical microbiology who specializes in disease control, particularly HIV/AIDS.

Ogunsola was also an ex-provost of College of Medicine, University of Lagos and is reputed as being the first woman to occupy the position.

She became the Deputy Vice Chancellor (Development Services) of the institution since 2017.

“Her research areas have been centered on the regulation and management of viral diseases, particularly HIV.

“She is the principal investigator at AIDS Prevention Initiative in Nigeria (APIN) at the University of Lagos.

“She has also been the chairman of Infection Control Committee of Lagos University Teaching Hospital. Additionally, she is the chairman of the National Association of Colleges of Medicine in Nigeria.

“In 2018, she expressed concern on disease prevention and control in Nigeria. She identified poor hygiene and overuse of antibiotics as practices that foster antimicrobial-drug resistance.

“Providing a solution, she maintained that sustained Infection Prevention and Control infrastructure and programmes should be built around a set of core components which include guidelines, training, surveillance, multimodal strategies for implementing IPC, monitoring and evaluation among others,” the citation added.