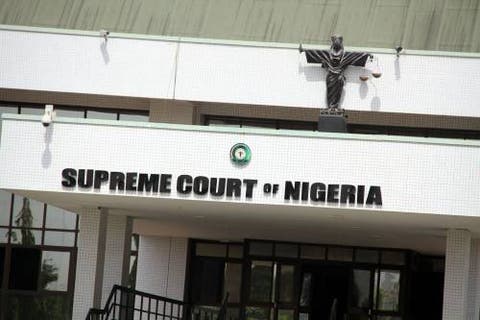 The members of the last year’s presidential election petition court have been recommended to the President Muhammadu Buhari for appointment as Justices of the Supreme Court.

The two are Justices Abdu Aboki and Mohammed Garba, who headed the five-man court.

The other two who made the list of four candidates recommended for appointment as Justices of the apex court are Justices Tijjani Abubakar and Mohammed Saulawa.

A statement by the Director of Information of the National Judicial Council, Mr Soji Oye, disclosed on Friday that while Justice Abubakar represented the North-East Zone on the apex court’s bench, the rest of Justices Garba, Aboki and Saulawa, are to represent North-West.

Justice Garba led the five-man Presidential Election Petition Court which heard the petition filed by the Peoples Democratic Party and its presidential candidate, Atiku Abubakar, challenging the victory of Buhari at the last year’s poll.

The court in a unanimous judgment dismissed Atiku’s petition and affirmed Buhari’s victory at the poll.

The judgment was later affirmed by a seven-man panel of the apex court, laying the dispute over the election to rest.

The Supreme Court, currently with 12 Justices on its bench, has been seeing a steady decline in the number of the Justices in the last two years.

Despite the persistent decline in the number of Justices, Buhari refused to attend to the list of four Justices comprising Justices Adamu Jauro, Emmanuel Agim, Sam Oseji, and Helen Ogunwumiju, recommended to the President for appointment to the apex court’s bench since October last year.

The newly recommended four nominees will add to the previous four, to make a new list of eight candidates recommended for appointment to the apex court’s bench.