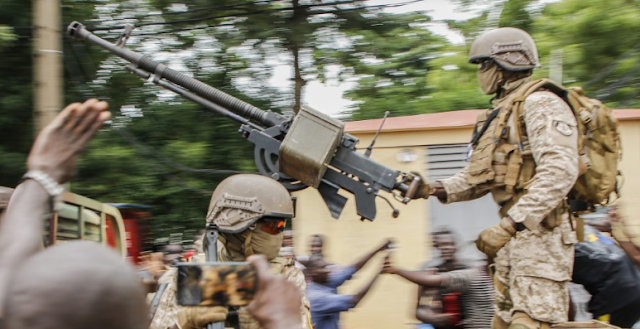 Four Malian soldiers were killed and one seriously injured on Saturday when an explosive device detonated as their vehicle drove by in the centre of the country, a military source told AFP.

The explosion in the Koro region, near Mali’s border with Burkina Faso, comes just days after a military putsch against President Ibrahim Boubacar Keita.

In another development, West African envoys will meet ousted president Ibrahim Boubacar Keita on Saturday, a member of the delegation said.

The envoys are due to meet members of the junta at 1600 GMT and will then meet Keita, who was detained by the rebel soldiers in Tuesday’s putsch along with a number of other Malian government and army officials, the source from the West African bloc ECOWAS said on condition of anonymity.