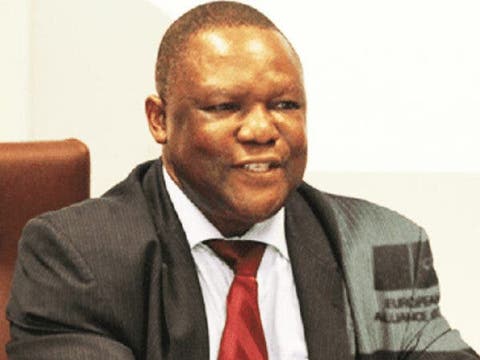 The  former Deputy Governor of the Central Bank of Nigeria, CBN, Dr. Obadiah Mailafia has arrived at the Plateau State headquarter of the Department of Security Service, DSS in Jos.

The former Deputy Governor of the apex bank was earlier invited, squeezed and released last week Wednesday over some comments he made at a radio programme, alleging that a serving Governor in one of the States in the North was a Commander of Boko Haram.

The fresh invitation came at the weekend and he arrived the vicinity of the DSS office at about 12.12pm in company of his wife, Margaret, lawyer, Yakubu Bawa, Rev. Gideon Para-Malam, Barr. Nankin Bagudu among other supporters.

He was ushered into the premises of the security agency by some personnel accompanied only by Bawa and Para-Mallam.

Before he went in, he acknowledged messages of solidarity from his supporters saying, “Thank you, thank you.”

Speaking with some journalists on arrival, he said, “I am honoured to have you here, I love you so much, I love our country. I have been invited again, I am just about to appear before them. The invitation came in the weekend so I had to honour it.