BBNaija 2020: When we leave here you’ll know who I am – Kiddwaya tells fellow housemates 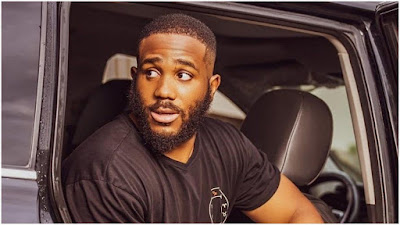 Big Brother Naija lockdown housemate Kiddwaya has revealed to fellow housemates, Erica and Tolanibaj that he is in the house for the fun of the reality TV show.

Kidd, the son of Benue billionaire businessman, Terry Waya, was reacting to the attitude displayed by Lucy when both of them were paired for the Pepsi Naija music challenge on Wednesday.

Lucy and Kiddwaya, who were the Team Cuppy, and performed the song ‘Green Light’ did not come close to winning the challenge because the former forgot the lyrics of the song on stage.

But before mounting the stage, Lucy had been the one complaining about Kidd to the other housemates.

After the performance, Erica, Kidd’s lover, had confronted Lucy over her behaviour and even persuaded her man to do the same but the billionaire son didn’t see reasons with her.

Kidd instead made her understand that he wasn’t taking anything seriously in the house, adding that his fellow contestants will know him better when they leave the show.

According to him, “Now let me be honest with you, I know what my life is outside this house.

“I’m just here for the fun of the game and I don’t really take anything here seriously. People outside know what I do and what I’m capable of.

“No one here really knows me that’s why I’m just quiet and don’t talk much here because when I get to the outside you gonna know.”

#Kiddwaya says when the reality show is over fellow housemates will know whom he really is #bbnaija2020lockdown #BigBrotherNaijaLockdown2020 #BBNaija pic.twitter.com/T6Ig31Jh6L