BBNaija 2020: Praise opens up on having s3x with Ka3na 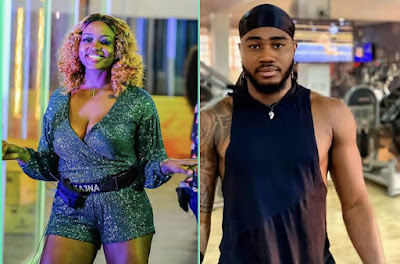 Viral video of Praise and Ka3na in bed had emerged before Ka3na’s eviction from the reality show in the second week.

The duo were also strongly criticized by viewers of the show for engaging in such acts.

But, speaking to the host of the Show, Ebuka Obi Uchendu, the dancer said he and Ka3na aggressively cuddled and kissed.

According to him, ”I would say nothing happened for sure. We cuddled, kissed and it was very aggressive, it was like we were eating into each other and later it was aggressive cuddling.”

Praise also stated that he will focus on ‘selling fantasy and a modelling career.’

”I think I might have a potential in modeling and I want to focus on selling fantasy. There is a lot of money to make and there is potential in it,” he added.