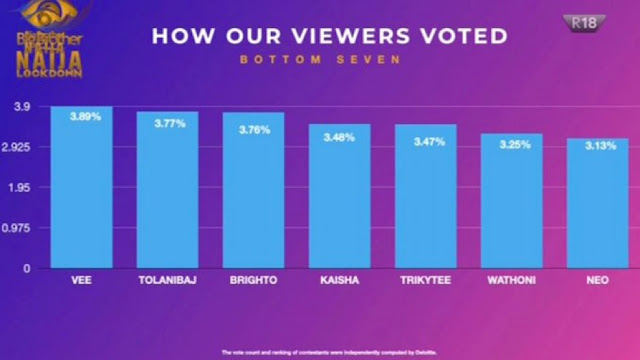 Organisers of the Big Brother Naija, BBNaija ‘Lockdown’ edition, have come under attack over the eviction of housemate Kaisha on Sunday from the reality show.

Kaisha was evicted by the housemates after she appeared among the bottom four voted by the public last week.

With the new voting process, the housemates were told to choose two housemates to be evicted, which had Kaisha out of the house despite being on top of the bottom four with viewers votes at 3.89% unlike Neo, Trikytee and Wathoni.

This did not go down well with Kaisha’s fans who took to their social media pages pouring out their grievances, as they called on organisers of BBNaija to bring back the old voting process.

Few others were in support of the voting system.