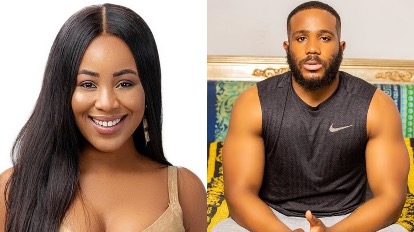 BBNaija 2020 housemate, Prince has said if he had the chance to break a relationship in the house, he will pick that of Kiddwaya and Erica.

It was gathered that on Thursday, housemates were mandated and paired to act as Big Brother for Thursday’s diary session.

Erica, who acted as Prince’s Biggie, asked him which relationship in the house he would like to hit the rock.

Prince said he would break Kiddwaya and Erica’s relationship because he feels it is mere infatuation, especially from Kiddwaya’s side.

“Kiddwaya and Erica’s relationship is just mere infatuation at the moment.

“I admire Erica and I think Kiddwaya is just playing along,”