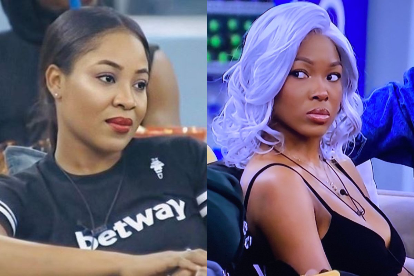 Big Brother Naija, BBNaija housemate, Vee has spoken about Erica’s advice to Tolanibaj and her feelings for Neo.

Erica had told Tolanibaj to pursue her feelings for Neo despite the relationship between Neo and Vee.

According to Erica, she gave Tolanibaj the advice because Vee is not her friend and she has nothing to do with her.

Vee who was disappointed about the revelation on Sunday night told Biggie that what Erica said was dumb, adding that even though she was not her friend, she would not give that kind of advice to Tolanibaj.

“What Erica did was dumb there is nothing to say to her that’s why I’m not talking to her.

“Even if you are not my friend I would not advise Tolanibaj the way Erica did.

“I know if Tolanibaj was still in the house I would not be threatened by her.

“The revelation was shocking and I’m over it right now. It’s a distraction,” Vee said.