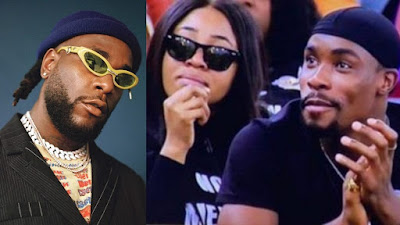 Burna Boy made this known on his Twitter page after a fan commented on the housemates’ performance last night.

Responding to the tweet, Burna Boy agreed that Neo and Erica did well and commended their performance during their Pepsi challenge. 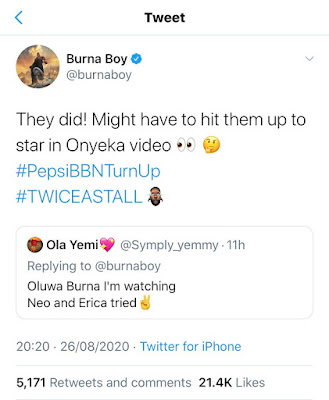 The song ‘Onyeka’ is one of the songs on his new album ‘Twice as Tall’.

Recall that the ‘African Giant’ for some minutes before his album was previewed on the show, spoke to the housemates.

He advised them to keep their heads up while in the reality show.