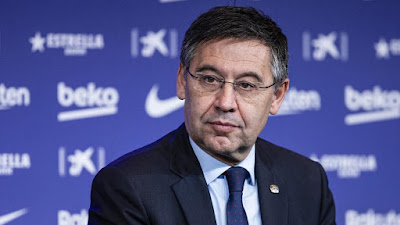 This follows news that Lionel Messi has informed the club he is leaving.

Bartomeu had assured fans that Messi would be at the Camp Nou next season, following the 8-2 thrashing against Bayern Munich in the Champions League quarter-final.

However, Messi wants Barca to terminate his contract, so he can join a new club.

Font has now asked Bartomeu to step down and called for elections to be held immediately.

“Bartomeu, resign now! You’ve been unable to manage the best footballer ever, a legend made here. Hence why we repeat: Bartoméu resign and elections as soon as possible,” Font said.