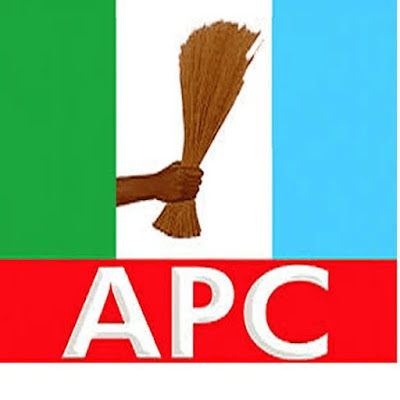 The National Woman Leader and member of the All Progressives Congress (APC) Caretaker/Extra Ordinary National Convention Planning Committee (CEONCPC) Hon. Stella Okotete said the on-going re-positioning of the ruling party will secure its continuous reign beyond 2023.

She spoke on Friday at Karonmajigi Village in Abuja where she donated food items and celebrated the Eld-Kabir festival with some internally displaced persons and physically challenged persons in the Federal Capital Territory.

The woman leader said efforts at re-positioning the party by the Gov. Mai Mala Buni led Caretaker Committee in the last one month have recorded tremendous progress, which placed the party in vantage position for continuity beyond 2023.

According to her: “Our repositioning efforts of APC are clear for everyone to see.


“We are having new members and old members come back, we have repositioned the party for high grounds and continue governing the country beyond 2023.

“I can tell you that non- APC states will be APC states by 2023. I can assure you that we are taking Edo state back from the PDP and we are going to maintain APC in Ondo state, we are taking Anambra, Osun and Ekiti states next year.

“Definitely we are going to maintain the status quo. Definitely it is going to be APC, APC, APC beyond 2023.”

Okotete, who is the only woman in the 13-man caretaker committee, also unveiled her plans for women folks of the party by changing the narrative and ensuring they are well represented and positioned as positive change agents.

Admonishing the IDPs, Okotete assured them APC government under President Muhammadu Buhari will ensure their quick return to their various villages and town.

The Women leader said: “The President has done so well in the area of security and I can assure them(IDPs) that in no distance time, very soon they will be back home.”

Chairman of the Physically Challenged Persons in the Federal Capital Territory (FCT), Abubakar Shehu Abduljelil, commended the APC for recognising the physically challenged persons, even in the party’s constitution from the ward to the national level.

He urged Buhari to continue to support the physically challenged persons to maximize their potentials for national development.

Items donated include bags of rice, beans, cartoons of Noddles and spaghetti as well as soft drinks