Any broadcast that insults president, governors, senators will be sanctioned -NBC 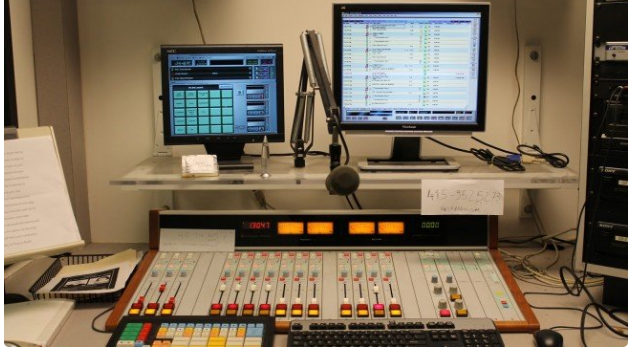 The National Broadcasting Commission (NBC) has threatened to sanction broadcast stations over messages that “insult” Nigerian leaders and elders.

In a letter to broadcast stations, Chibuike Ogwumike, zonal director of the NBC Lagos office, warned against such messages from guests during radio programmes.

Ogwumike referred broadcasters to sections of the NBC code that provides for “professional rules” against content that “denigrates the social norms, values and culture of the society”.

“Monitoring activities indicate that in the recent time, some broadcast stations have abdicated their editorial responsibilities such that guests and callers on programmes abuse and insult leaders and those in authority freely and without caution,” he said.

“May I please draw your attention to the following provisions of the Broadcasting Code: Section 3.1.: Professional Rules: 3.1.1:  No broadcast shall encourage or incite to crime, lead to public disorder or hate, be repugnant to public feelings or contain an offensive reference to any person or organization, alive or dead or generally be disrespectful to human dignity.

“Also, 3.1.19: The broadcast shall not transmit content that denigrates the social norms, values and culture of the society.”

The NBC said while it understands that broadcasters have a duty to hold government and leaders accountable, “this must not be done in abusive language”.

“To denigrate our elders and leaders in abusive terms is not our culture. We respect our leaders as a positive cultural value,” it added.

“We expect Broadcasters, especially anchors to show professionalism in the handling of programmes such that guest or callers that exhibit such tendency are professionally handled.

“The recourse to abusing, denigrating and insulting the President, Governors, MPs and other leaders does not show us as cultured people.”

The letter came to light amid the controversy generated by the new NBC code recently launched in Lagos, and which has been condemned as targeting press freedom.

Among those that kicked against the code is Tonnie Iredia, former director-general of the Nigeria Television Authority (NTA), who accused Lai Mohammed, minister of information, of hijacking NBC powers.

He said the NBC code, which was supposed to be a professional guide and masterpiece that promotes professional excellence in broadcasting is now “filled with sanctions and what you will do and not do”