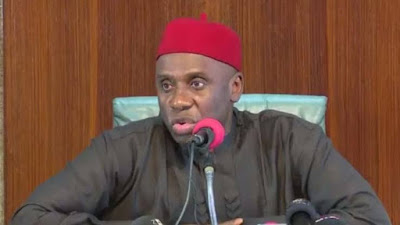 Minister of Transportation, Rotimi Amaechi, has assured that more prominent Nigerians will be honoured in the naming of railway stations.

Amaechi said this in a statement on Saturday by his spokesman, Taiye Elebiyo-Edeni.

He was reacting to a call by the Nigerian Union of Railway Workers (NUR) for reversal of the Apapa Railway Station naming.


Segun Esan, NUR General Secretary, declared that Waziri Mohammed, Chairman of Nigerian Railway Board until his death, deserved the honour.

Esan argued that Mohammed died while in active service.

He stressed that remaining the infrastructure after him would be a mark of his sterling contributions to nation building.

In his reaction, Ameachi said Mohammed would be named after a bigger railway facility.

“We are naming a bigger station after Waziri Mohammed”, the former Rivers State Governor assured.