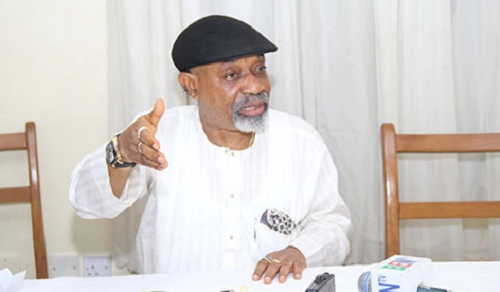 Nigeria’s Minister of Labour and Employment, Senator Chris Ngige, has said that the All Progressives Congress (APC) has a gentleman agreement on rotational presidency.

Ngige, speaking with ThisDay, said the decision was taken to ensure the stability of the country.

The minister, however, admitted it was not written into the ruling party’s constitution.

“It is not written in our constitution. But it will make for stability and fairness if it rotates back to the South. I was in PDP, we practiced it.

“I was one of the wise men that drafted the APC constitution with Chief Segun Osoba as head. That’s what we agreed on; that we don’t have to insert it but these are things that could be done by gentleman agreement,” he said.

Ngige also revealed that this agreement, was what guided APC during its presidential convention where President Muhammadu Buhari emerged in 2014.

“Whether there should be rotation, zoning or not for me is a simple matter. It is a gentleman agreement. Even the American constitution doesn’t have everything written in it,” he added.