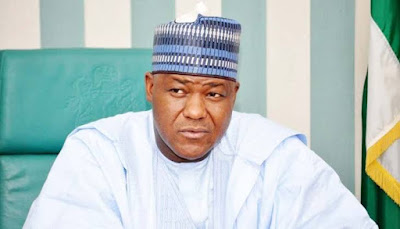 Femi Fani-Kayode, former Aviation Minister, has alleged that Yakubu Dogara, ex-Speaker of the House of Representatives was under a voodoo spell when he defected from the Peoples Democratic Party, PDP, to the All Progressives Congress, APC.

Recall that Dogara who is from Bauchi State had blamed his decision on corruption by his state Governor, Bala Mohammed.

However, Fani-Kayode lamented that Dogara left light and entered darkness.

In a series of tweets, the former Minister said Dogara needed deliverance.


He wrote: “Yakubu Dogara was not just a leader in the @OfficialPDPNig but he was also Speaker of the House. When he left @OfficialAPCNg and joined @OfficialPDPNig he was welcomed with joy and open arms.

“He enjoyed immense goodwill in the party and always exhibited the traits of a kind-hearted, soft-spoken & warm gentleman. He is also a very good Christian.

“Given all this I cannot understand how such a good man can leave the light of @OfficialPDPNig and willingly enter into the darkness of @OfficialAPCNg. It is simply unbelievable and inexplicable.

“This is especially so given the fact that I happen to know that my brother Governor Bala Mohammed of Bauchi state treated him with so much respect, generosity and kindness.

“I am convinced that he has been put under a spell and is the victim of some form of demonic ritual voodoo spell and witchcraft. I expect nothing less from the @OfficialAPCNg because that is their stock in trade.

“They are a party whose leaders are well versed in the black arts, the occult & sorcery. My prayer is that God delivers Dogara & cause him to come to his senses.”