Why insecurity in my state attracts more attention, El-Rufai reveals 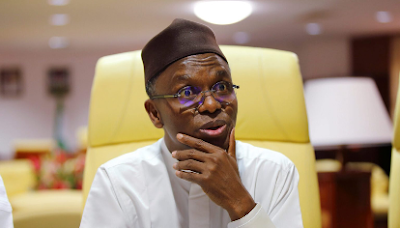 The Kaduna State Governor, Nasir El-Rufai has pointed out why the insecurity challenges in the state has gained more attention.

El-Rufai explained that the religious and ethnic connotations to the attacks have made the insecurity challenge in the state to gain more attention.

He also stated that other parts of the North are also experiencing insecurity challenges just like Kaduna State.

The governor who spoke on Channels television linked the insecurity issues in Southern Kaduna to banditry.


He said: “I think the issue is not just in Kaduna State. We have security challenges all across the Northeast and Northwest.

“But I think what makes Kaduna’s case situation unique and headline-grabbing is because of the injection of religious and ethnic connotations to the attacks and the clashes between the various ethnic groups.

“Since Kaduna has a long history of ethno-religious intolerance, every criminal situation in the Northwest is given ethnic and religious connotation.

“That complicates things more difficult to resolve because religion, ethnicity and politics are identity issues.

“They are very emotive and people tend to lose their calm and their heads in situations like this. That’s what complicates the issues.”