We will hunt down those behind killing of 14 villagers in Kogi, Gov Bello promises 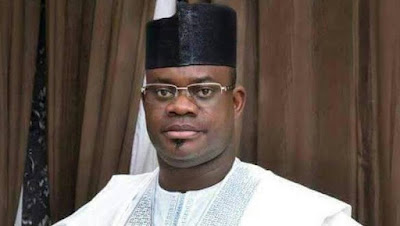 Worried by the recent spate of killings in some part of the State, the Kogi Governor, Alhaji Yahaya Bello has vowed to hunt down the perpetrators of the Wednesday attack on Agbudu community in Kogi/Koto Karfe Local Government Area of the state which claimed the lives of 14 persons.

The Governor’s reaction is contained in a statement issued by his Chief Press Secretary, Onogwu Muhammed.

Governor Bello who vowed to bring the culprits to justice, noted that the criminals cannot escape the consequences of their heinous action.

He promised to sustain the ongoing operations against criminal elements in the state, stressing that his government is determined to frustrate and defeat criminals no matter how far they run or hide.


The Governor commiserated with the family of the victims of the attack and the entire Agbudu community, assuring them of government commitment to their security and wellbeing.

It was earlier reported that 13 members of one family were wiped out by the unknown bandits, while six others sustained degrees of injuries.

This is not the first time Kogi/Koto Karfe Local Government Area of the state had been under attack.

Some months back, more than 10 persons were killed in Tawari community of the same Local Government by armed bandits who up till this moment have not been apprehended by security agencies in the State