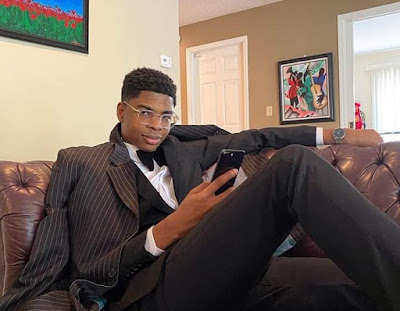 Some Nigerians have taken to Twitter to demand justice for a young man who was said to have committed suicide after he was added to a “list of rapists” on the microblogging platform.

In June, a Twitter user (@nanichianese) had published names of men whom she claimed were sexual abusers. She also claimed she was asked to compile the list for “safety purpose”.

“I’ve heard some folks asked for a compounded list of abusers to avoid safety purposes. I’ll add to this thread as I find out more names,” she wrote. 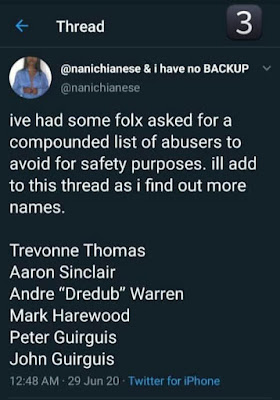 Izu Madubueze, who was said to have been on the list, had reached out to the lady to find out whom his accuser was so he could clear his name.

Someone was accused of nonphysical sexual assault and added to a list of rapists.

The young man pleaded with the curator of said list to tell him who his accuser was, the curator refused.

The young man has committed suicide and the curator has locked her account.
— OSHOKE! (@KhalidOshoke) July 19, 2020

The curator of the said list was however said to have refused to disclose the victim’s identity, claiming the victim would prefer to remain anonymous. 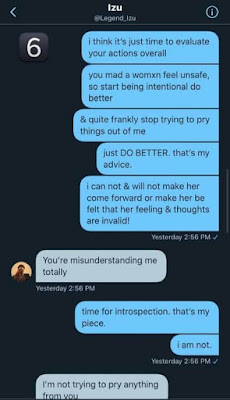 After further prodding, she disclosed the harassment was not physical but she won’t be revealing any further details. 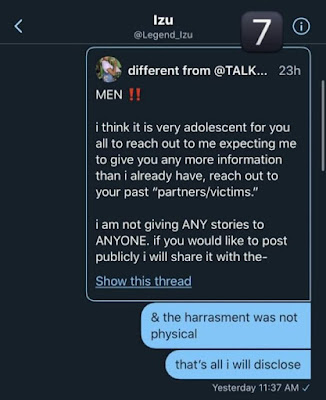 Izu then penned a note asking her to extend his sincere apology to the victim for any form of harassment he could have put her through “though he was still shocked at the accusation”. 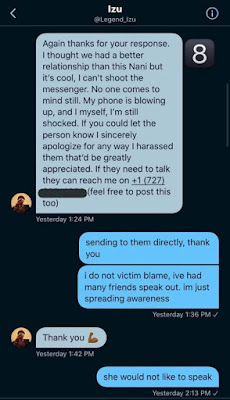 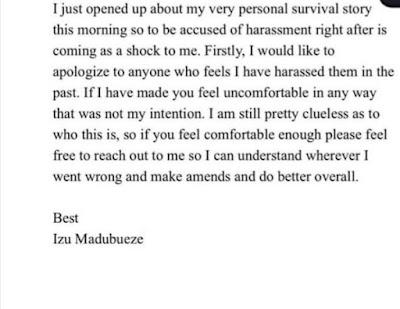 Izu would later take his life. His last tweet on July 17, read “Oh and if you’re reading this, I’m dead lol”. 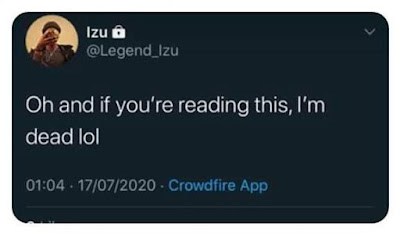 The curator of the said list has since deactivated her account amid reports that she had made advances at Izu in the past but was rejected.

Izu’s death has provoked outrage on Twitter wherein users are demanding for justice with the hashtag #JusticeForIzu.

Quite a number of users have also suggested a stiff penalty be attached to false rape accusations to curb the trend of weaponising rape.

“Accusing someone falsely of rape knowing it would ruin their reputation and everything they’ve worked for including their life is pure evil… If your best comeback against someone is to accuse them falsely, then you’re weak, wicked and beyond redemption! #JusticeforIZU,” a Twitter user said.

“Women who falsely accuse men of sexual crimes should have to register as sex offenders and serve a mandatory jail term. False rape allegations should be taken seriously too. Nobody should ever suffer from this, it’s becoming too much,” another user said.


Women who falsely accuse men of sexual crimes should have to register as sex offenders and serve a mandatory jail term. False rape allegations should be taken seriously too. Nobody should ever suffer from this, it’s becoming too much.#JusticeforIZU
— Oluwafunmilayo🇳🇬 (@FunmiKolz) July 20, 2020

Kings no matter what you were accused of, please don't ever consider suicide. You're better than that.

Please it's not worth it. Talk to someone please!

The story behind #JusticeforIZU Is a sad one and still hammers what I've been saying. It's important to listen to both sides of a story. An allegation aint enough proof. Of course some ladies don't agree with me but it's true. False rape allegations are real and a crime. #ysmang pic.twitter.com/qyhEdyjIRH
— «•ATINUKE 👑•» (@LadyGrasha) July 19, 2020

Please can we all spare a little bit of our time and talk about Izu that committed suicide because he was falsely accused of Rape by a lady he turned down🥺😭 #JusticeForIzu
— H.A.I.S.H.A.H🧜‍♀️🍭 (@EWAWUNMIII) July 20, 2020

This is so sad to hear

He couldn't handle the pressure of the lynch and he committed suicide.

Turns out, he didn't rape the girl

She asked him out and he turned down her advances😥😥😥 pic.twitter.com/kfBSuStWXz
— The legal Pepper (@LegalPepper) July 19, 2020

Rape has become a weapon women and misandrists are using on Men whom they had a fall out with to get back at them and even if you prove the Accusation is false there’s always a dent on your image.

Izu was a guy with a bright future!

Izu turned down a lady’s advances and was falsely accused of sexual assault.

Izu brought out the facts & was dragged

Izu was an innocent person that couldn’t handle the onslaught, which made him take his own life.#JusticeforIZU
— Iseunife The First (@Shawnifee) July 20, 2020

Accusing someone falsely of rape knowing it would ruin their reputation and everything they've worked for including their life is pure evil...

If your best comeback against someone is to accuse them falsely, then you're weak, wicked and beyond redemption!#JusticeforIZU
— Obi Of Onitsha🇨🇦 (@Uncle_clique) July 20, 2020

I have been falsely accused without anyone supporting me , with everyone I trust against me . False accusations pierce the soul and not everyone can stand the stigma , the instant trauma & pain . False Rape accusers should not go unpunished, it shouldn’t be bants .#JusticeforIZU
— Volqx (@volqx) July 20, 2020

Izu May be dead, but the burden of proof is still on the accuser. I hope she steps out now to explain how he supposedly raped her. #JusticeforIZU pic.twitter.com/6AIVntbFaf
— ROUVAFE ✈️⛵️🏖🏔 (@IamRouvafe) July 20, 2020

Most Nigerian women are oppprtunists, give them small platform to do the right thing and watch them abuse and take advantage of it to push their evil agenda, Nani has bloods in her hands, she should be used as sacrificial lamb for the rest of her likes out there #JusticeforIZU
— OMOTAYO Of Lagos 🇳🇬 (@Tee_Classiquem1) July 20, 2020

Let's collectively stand against anonymous accounts accusing random men of rape.Let's give men a fair hearing, listen to their side of the story.

Everytime we take a step forward in this issue of rape, there are always those that take us three steps backwards. How can we be fighting to create a safe space for victims to voice out and there are others weaponizing rape in a false manner to get back at others?#JusticeforIZU
— Oscar-Romero (@mroscarromero) July 20, 2020

You guys would make actual sexual abuse victims and rape victims unable to speak out anymore on social Platforms because you've bastardized the opportunity to use it for actual justice.

Women who accuse men falsely for rape are from the pit of hell ❗️ #JusticeforIZU
— Peng Man 🔥 (@pengmanmodel) July 19, 2020

“Fear Women” is not just an ‘anthem’. Some of us aren’t normal. We don’t really think about the outcome of our actions. We sometimes act foolishly. But you know one thing? Just “Fear Women”! #JusticeforIZU !!!
— Broni🇬🇭❤️ (@ghanabroni) July 20, 2020

Nani shouldn't be walking free.
You watched him beg for the truth
You carried joy in your heart watching him fight for his dignity you too and saw it as a win.
You used the cry of women who have been raped, abused and humiliated ;and you used them for your game#justiceforizu
— Igbo wolf #justiceforizu (@TheIgboWolf) July 20, 2020

This is the bitch that accused my friend wrongly of rape, now my friend has committed suicide, he killed himself because he couldn’t handle the trauma,his phone kept blowing up, you didn’t give him a chance to clear his name. #justiceforizu she has locked her accounts. RIP Izu 💔 pic.twitter.com/bH2FW6q5tg
— Renaissance Man. (@nelsongreyhood) July 19, 2020