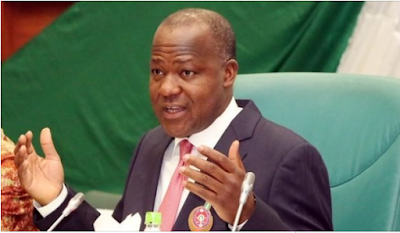 The ruling Peoples Democratic Party (PDP) in Bauchi State says it is shocked by the defection of the immediate past Speaker, House of Representatives, Rt. Hon. Yakubu Dogara, to the All Progressives Congress (APC).

While PDP is shocked by the development, the state chapter of the APC says it is happy with Dogara’s return to its fold.

Dogara, who left the APC in January 2019 ahead of the last general elections in the country for the PDP while he was still serving as Speaker, returned to the ruling party on Friday.

He met with President Muhammadu Buhari at the State House in Abuja with the Chairman of the APC Caretaker/National Convention Planning Committee and Governor of Yobe State, Mai Mala Buni.

The PDP spokesman in the state said that Dogara’s exit from the party really surprised them because the party has done a lot for the former Speaker.

The PRO recalled that after his defection to PDP in 2019, the party gave him an automatic ticket to contest for the Bogoro/Tafawa Balewa/Dass federal constituency seat in the last general election.

According to Zainabari, in doing this, the party denied other politicians aspiring for the seat from his constituency the opportunity to contest the election.

The PRO said that the ruling party in Bauchi State voted for Dogara on three different times to represent his constituency in the National Assembly.

Asked if the state government has been carrying the former Speaker along in its programmes and policies, Zainabari answered in the affirmative, declaring that, “his exit really surprised us.”

“The government carried him along. The governor really honoured him and gave his people opportunities to be part of the government.

“The party has not wronged him in anyway, but we want to know if the party wronged him.”

Zainabari, however, declared that defection is in Dogara’s character, saying that, “it is in his habit of changing from one party to another.”

In a swift reaction, the APC spokesman in the state, Adamu Jallah, said that the defection of the former Speaker is a welcome development.

According to him, the rank of APC is increasing daily in the state despite the fact that it is not in government in the state.

“It is a welcome development to the party and we are happy,” Jallah said in a telephone interview.

“We feel happy every day. We are not losing at all but getting more politicians every day,” the APC spokesman added.

According to him, politics is like a business which one can opt in and opt out at anytime.

“You know politics is like a business. You can leave and you can come back,” he said, adding that, “he (Dogara) left the party and returns. We are happy.”