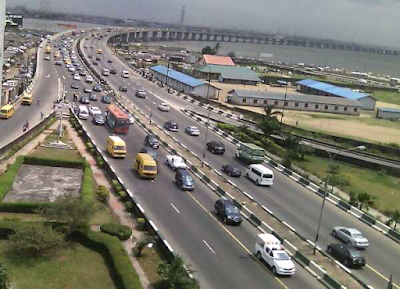 Lagos State Commissioner for Transportation, Frederic Oladeinde, has said the true test of road user compliance with the partial closure of the Third Mainland Bridge would be accessed on Monday.

Oladeinde made this disclosure Saturday in a chat with our correspondent while he monitored traffic situation on the bridge.

The bridge partial closure of the bridge started on Friday, July 24, 2020 and it is expected to last six months.

The commissioner, who said the government is observing traffic situation, said, “This is the first day, I think the true test will be Monday but we have Saturday and Sunday to observe the situation and put out the signs.

The commissioner who called for calm amongst road users stressed that the closure is partial. He also noted that the partial closure was based on time.

He added, “In the morning, people coming from the mainland to the Island can access the bridge from 12 midnight to 12 noon. Between 12 noon and 1pm, we would clear the bridge and then switch.

“Majority of the people already on the Island can then go back to the mainland from 1pm till midnight. Priority has been given to the busy direction which is 75 per cent of the trip, for the 25 per cent, we are expecting they can take Carter bridge, Eko Bridge.”

According to the Commissioner, there are two options for motorists leaving the Island, they can either go from Ilubirin to Carter bridge, do a turn to Ijora Olopa and connect Eko Bridge and Western Avenue and go ahead.

Or they could ride to Iddo, to Onyingbo, to Adekunle and ramp back up to connect the other end of Third Mainland Bridge and continue to Oworonshoki.

“Alternatively, if they don’t want to ramp back up, they can go further down Herbert Macaulay, to Jibowu and then to Ikorodu road,” he explained.

Checks by our correspondent showed that the route to the Island was open to 12 noon while commuters leaving the Island were advised to take Carter or Eko Bridge.

Roadblocks have already been mounted on the other lane leaving the Island.

Akin Lawal, a construction worker from Borini Prono, the construction company conducting the bridge repairs said work would start on the lane leaving the Island for the next three months while the diversions would majorly occur on the lane going into the Island.

“Work is meant to start by 11am thereabouts. We want to begin work on one side before moving to the next side,” he said.