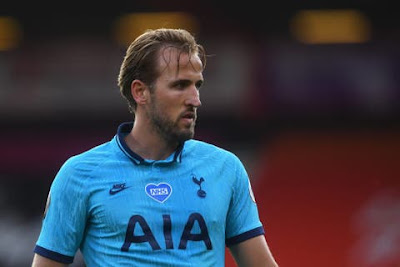 Tottenham Hotspur will be looking to build on their victory over Arsenal when they head to Newcastle United on Wednesday evening.

Spurs beat North London rivals Arsenal 2-1 at the weekend to keep their European hopes alive, while Newcastle were beaten 2-1 by Watford as their season continues to peter out.

Tottenham could not afford to lose against their bitter rivals if they were to prevent 2019-20 being anything other than a disastrous season for the club.

However, the win over Arsenal – secured through a late Toby Alderweireld goal after Son Heung-min had cancelled out Pierre-Emerick Aubameyang’s opener – has at least given Spurs a platform to build from.


The victory became even more important 24 hours on, in fact, as Manchester City’s two-year ban from European football was overturned, meaning that seventh will no longer be enough for a Europa League qualifying spot.

Spurs have now won three, drawn two and lost one of their last six matches and, in terms of results since Mourinho succeeded Mauricio Pochettino in November, they are fifth in the form table.

There appears to be light at the end of the tunnel for Tottenham, then, and back-to-back wins for the first time since February will ensure that they have every chance of qualifying for the Europa League – a competition Mourinho intends to win for a third time with Spurs.

The same is not quite true for Newcastle, who have receded over the past couple of weeks since thrashing Bournemouth 4-1 on their travels.

Motivation may be an issue for the Magpies given that they are firmly in mid-table, well clear of relegation but with no hope of finishing in a European spot.

Steve Bruce’s side have lost 5-0 to Man City and 2-1 to lowly Watford in their last two matches, the latter seeing them concede two second-half penalties to throw away the points.

They are unbeaten in six home league matches, however, and have lost just three times at St James’ Park all campaign – not since 2011-12 have they had a better record.

With Tottenham and Liverpool to play on home soil, either side of a trip to Brighton & Hove Albion, Bruce will be hopeful that his players are motivated enough to prevent their campaign from ending on a low note.