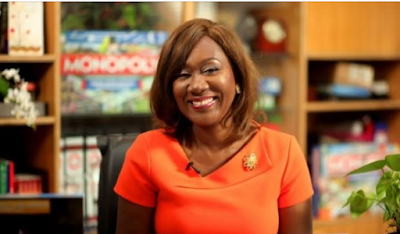 Seriake Dickson, former governor of Bayelsa state, has condemned those opposed to the decision by President Muhammadu Buhari to nominate Nimi Akinkugbe as the non-career ambassador nominee from Ondo state.

Akinkugbe’s nomination elicited debate because she is from Rivers state.

Some persons have argued that the president should not have nominated her because of her state of origin — Nimi, who is currently a non-executive director at Standard Chartered Bank, is married to Yinka Akinkugbe from Ondo.

In an article entitled ‘In Defence of The Nigerian Woman’, Dickson said these kinds of sentiments are what have held Nigeria and Africa “from achieving its true potentials”.

While commending Buhari for the appointment, the former governor expressed dismay that ladies do not get the needed support when they are nominated in their states of origin.

“I wish to commend President Buhari for the appointment of Mrs Nimi Akinkugbe as the ambassadorial nominee representing Ondo state, the state she is married to, the state of her husband and her children and the state she will spend the rest of her life in hopefully,” he said.

“I condemn the voices that have risen in opposition to her nomination not on account of her competence, experience, capacity or character but only on the basis that she is parentally from Rivers state.

“Those who constantly oppose our daughters believe that whereas their children, grandchildren and descendants can be anything in those states, the women have to go ‘back to sender’ and cannot derive any benefit from the states of their husbands.

“We must all unite against this mindset and I am glad that the president nominated Mrs Akinkugbe and has ignored all opposition to her nomination so far. I hope it remains so.

“Nigerian women leaders should organise themselves for positive change and these are the sort of issues in addition to several others they should tackle with our support.”

According to him, the “primitive” mindset that women are “properties” is what has encouraged rape and other forms of violence against women.

“If highly educated, enlightened women known locally and around the world can suffer this discrimination in Nigeria, then one can imagine the daily discrimination, indignity and oppression that our women who are not privileged are subjected to in their rural communities across Nigeria and in the developing world,” he said.

“This is the reason why people in leadership must do more for girl child education and involvement and empowerment of women.”

The former governor said opposition to appointments of females must be on the basis of superior qualification or competence.

“I consider it my duty and the duty of every well meaning man and leader to take a public position on this issue and to also galvanize public opinion to stop this endless, meaningless and primitive discrimination against our own daughters, sisters, friends and mothers,” he added.

The president has since asked the senate to confirm the nominees.