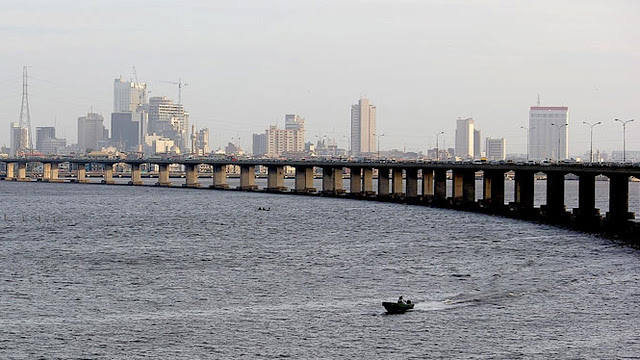 Federal and Lagos State Governments have announced traffic management plan during the partial closure of the ‘Third Mainland Bridge’ for six months maintenance.

At a joint media briefing, the Federal Controller of Works in Lagos, Mr Olukayode Popoola, said that the routine maintenance of the bridge, would be carried out from 24 July till 24 Jan 2021.

The bridge was last rehabilitated in 2012.

“Consequently, the Third Mainland Bridge will be partially closed and there will be diversion of traffic,” he said.

Popoola said that the repairs would be done in two phases.

The Oworonshoki bound carriageway would be the first to be shut to traffic for three months for rehabilitation.


He said that within the period, motorists would use the Lagos Island bound lane and the alternative routes provided.

He said that in the first phase, from midnight to 1:00p.m, the bridge, would take the Oworonshoki to Lagos Island traffic only on the Lagos Island bound carriageway.

“This will be in place for three months for repairs of the Oworonshoki bound lane,” he said.

He added that the same process would be replicated on the Lagos Island bound carriageway upon completion of repairs of the Oworonshoki lane.

“Traffic control will be in place to direct and help traffic movement. We regret the inconveniences this might cause the motorists,” Popoola said.

The Special Adviser to Lagos Governor on Works and Infrastructure, Mrs Aramide Adeyoye, promised that the state would rehabilitate access routes for use.

She said that Adeniji Adele Road contract had been awarded and its repairs would soon begin.

She warned owners of trucks not in good condition to stay away from the roads while warning against the habitual indiscriminate parking of trucks on roads and bridges.

The Lagos State Commissioner for Transportation, Dr Fredrick Oladeinde, said that the Vehicle Inspection Service had started checking trucks for road worthiness and those not fit would be confiscated.

“So, I think we have confiscated over 90 vehicles between June and today. So we will continue to do that. We will have more VIS on the roads to ensure that only roadworthy trucks come into Lagos.

“We are doubling our efforts just to make sure that we don’t have any breakdown that would further cause congestion.

“The last time we did a traffic count, we had over 60,000 trips going from the Mainland to the Island and those going on the other side is just about 20,000.

“A lot of traffic goes to the Island in the morning and goes back to the Mainland in the evening,” he said.

The Lagos Sector Commander, Federal Roads Safety Corps (FRSC), Mr Olusegun Ogungbemide, said that the traffic management was going to be tasking but the security agencies, both the state and Federal, would collaborate.

“The LASTMA, the Federal Road Safety Corp and other agencies that have to do with maintenance of traffic in Lagos State are well prepared and we have mapped out the deployment of our men.

“Even when the road is good, the traffic situation in Lagos is enormous and the challenge is enormous.

“The major task will happen when the downpour is on and we have enough accessories and equipment that are already prepared for our operatives, that even under the downpour, we are going to be visible all over.

“So, I just want to plead with members of public that the issue of enforcement is going to be fully enphasised on.

“We are not going to compromise that, because we will do everything to remove whatever will create unnecessary pain for Lagosians,” he said.

The Third Mainland bridge was shut in August 2018 for a three-day investigative maintenance check.

Thereafter, some components needed for the completion of the repairs, were sourced abroad because they were not available locally.

The 11.8km Third Mainland Bridge, is the longest of the three bridges connecting Lagos Island to the mainland.

The bridge begins from Oworonshoki to link the Apapa-Oshodi Expressway and the Lagos-Ibadan Expressway and ends at the Adeniji Adele Interchange on Lagos Island.

It was constructed in 1990 and was the longest in Africa until 1996 when the 6th October Bridge in Cairo was completed.