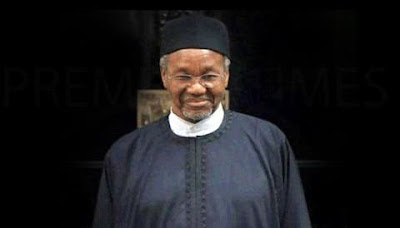 The Pan Niger Delta Forum has said that the statement credited to Mamman Daura, nephew of the President Muhammadu Buhari was capable of creating tension in the country.

Recall that Daura had said that rotational presidency should be jettisoned, while the next president of the country in 2023 should emerge based on competence.

The forum, in a statement by its National Publicity Secretary, Mr Ken Robinson, said, “That kind of statement is not only insensitive, but most unfortunate. It is unarguably capable of creating unnecessary tension in the country.


“Nigeria is currently being confronted with grave challenges of insecurity, with attendant threats to the socio-economic fabrics of the country; lives and property of innocent citizens are being devastated daily, across the country.

“Surprising, that seemed not to bother the northern leader, who is reportedly a close confidant of Mr President.”

Also, the Movement for the Actualisation of the Sovereign State Daura statement was an indication that the North remained desperate for power.

MASSOB said the desperation and lack of competence by the North to move the nation forward had forced some Nigerian ethnic groups to begin to consider a breakaway from the country.

The National Director of Information for the movement, Sunday Okereafor, in an interview with newsmen, added that Daura was speaking the mind of President Buhari.

Okereafor advised the Igbo to listen to the President’s nephew and intensify the struggle for Biafra.

He said, “Those saying it is time for the Igbo to produce the next President of Nigeria should listen to what Mamman Daura said. Daura is speaking President Muhammadu Buhari’s mind; he is speaking the mind of the Fulani and the Caliphate.