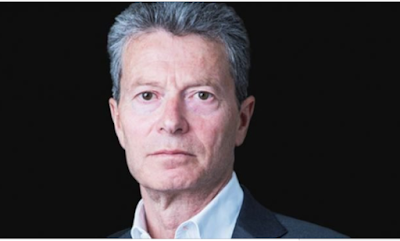 Mark Howard (pictured), Nigeria’s lawyer, told Ross Cranston, a UK judge, that the Economic and Financial Crimes Commission (EFCC) has discovered payments to people involved in the project and their family members including Vera Taiga, whose mother, Grace Taiga, was a director in the ministry of petroleum resources at the time the deal was sealed.

“If Grace Taiga was in financial strain and she asked for the money from P&ID at this critical point and P&ID paid her in secret at precisely the time the GSPA was being put forward. That, in anybody’s language, is a bribe,” he explained during a virtual court hearing.


“The nature of a bribe is not affected by what the bribee intends to spend the money on, the point is it is corrupt and improper to make payments to a government official when you are in the process of negotiating a contract with the government.”

The lawyer said Taiga seemed to have a pattern of receiving money from companies seeking government contract as she also received money from two companies bidding for gas infrastructure projects.

Grace Taiga is awaiting trial to determine her role in the case.

In response to P&ID’s argument that Nigeria missed the 28-day appeal deadline, Howard said Nigeria only uncovered information about the deal in late 2019.

“Any legal team had to make a judgement call about whether there was enough evidence to argue it was a case of fraud,” he said.

Howard also told the court about how Taofiq Tijani, who chaired the government technical committee that reviewed the gas plant contract, had admitted to receiving $50,000 in cash from Neil Hitchcock, a deceased P&ID project director.

“The first payment was cash, the rest were through the banking system. The question is what was the essence of these payments? Mr Tijani said he had significant pressure to put the project through,” he told the judge.

Howard argued that the contract was illegal for the onset as P&ID, a company who claimed to handle large-scale oil and gas projects, spent millions of dollars in cash which is illegal under Nigeria’s money-laundering laws.

He said the company knew that it could not perform the project and thus, never, paid for the land where the project would have been sited.

“P&ID knew it could not perform such a huge contract, got the contract awarded through bribes and it knew it would extract money from Nigeria through arbitration or a settlement,” he said.

The hearing continues on Tuesday and the outcome will determine if Nigeria can continue its appeal to overturn the judgement against it.

P&ID reportedly entered a gas supply and processing agreement with Nigeria in 2010. Claiming Nigeria breached the terms of the contract, it took a legal recourse and secured an arbitral award against the country, which has accumulated to $9.6 billion.

Nigeria has been making moves to overturn the judgement and has gotten court clearance to request documents from a P&ID stakeholder and review bank statements of ex-President Goodluck Jonathan, Diezani Alison-Madueke and Rilwanu Lukman, former ministers of petroleum.