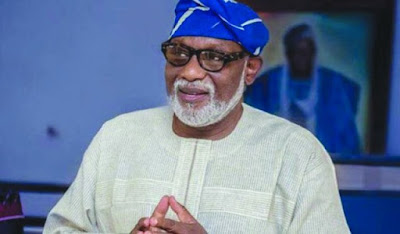 Ondo State Governor, Rotimi Akeredolu, has claimed that there is a plan to blackmail and discredit him ahead of the October 10 governorship poll.

In his reaction on Saturday, an angry Akeredolu said he did not order the production of customized drinks for his re-election.

The governor stressed that no associate, friend or aide was asked to do such.

A statement he signed disclosed that an investigation had commenced to fish out the producers.

It said those behind the “grand plot are desperate power mongers who will stop at nothing to create despicable and imaginary scenarios to play their game”.

The spokesman noted that the motive “is to create the impression that so much State money has been spent to produce the whiskey”.

He added that many more are expected “from these political scavengers on an impossible mission”.

“Mr. Governor, having been briefed of this devious act, has taken steps to unravel those behind it through lawful means”, Oyewamide said.