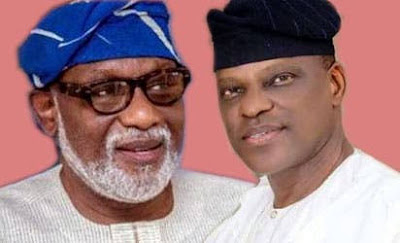 The Olowo of Owo, Oba Ajibade Ogunoye, has vowed to place traditional curse on those behind the incessant violent clashes within the community.

The monarch admonished those allegedly perpetrating crisis in Owo, headquarters of Owo Local Government Area of Ondo State to desist from the act or face the wrath of the law.

Oba Ogunoye made the pronouncements during a meeting with stakeholders to put an end to the violence which has continued to rock the community.

It was gathered that some miscreants identified as political thugs had in the past weeks been giving the people of the community sleepless nights over violent clashes by some groups.


According to the monarch who was furious over the development, if the ugly trend continues, he will not hesitate to invoke traditional curse on recalcitrant perpetrators hiding under political tent to settle personal scores of misunderstandings amongst them.

Speaking during the meeting which included the Senior Special Assistant to the Governor on Security Matters, Alhaji Jimoh Dojumo, Heads of Religious Organizations, Chiefs and other interest groups berated the roles of the police in the management of the crisis.

They described as unfortunate and uncalled for, reasons for the clashes when a winner had emerged from the APC primaries after about five persons from Owo including Governor Oluwarotimi Akeredolu had shown interest in the party’s ticket.

After the meeting, the police and other security agencies were urged to apprehend those behind the crisis as efforts should also be made towards mopping up of various ammunition with unauthorized persons or groups in the town.