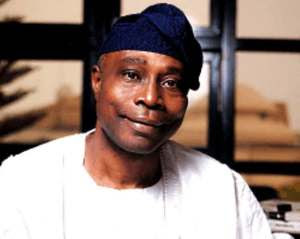 The Governorship screening Committee of the All Progressives Congress, APC, for Ondo state has disqualified one of the 12 aspirants who had procured its nomination and expression of interest forms for the July 20 governorship primary election.

It was gathered from party sources that the affected aspirant is Dr Segun Abraham, an ally of the national leader of the party, Asiwaju Bola Ahmed Tinubu.

Submitting the report of the committee on Friday, its Chairman, Alhaji Tijani Tumsa said the aspirants were scored based on their presentations, educational qualifications, among others.

He was silent on the identity of the disqualified aspirant. Abraham had in 2016 lost out to Gov. Rotimi Akeredolu in circumstances that nearly threatened the victory of the party at the polls.


Abraham’s loss in 2016 was reportedly one of the reasons why Asiwaju Tinubu moved against the then National Chairman of the party, Chief John Odigie-Oyegun.

Giving a brief insight into the activities of the committee, Tumsa said; “We commenced the screening exercise two days ago. There were twelve aspirants in all and I am glad to report that they all showed up for the exercise and we were able to conduct the screening within the two days stipulated.

“The committee decided that the aspirants be scored based on their presentations, educational qualifications, their commitment to the party, knowledge of the constitution, community service, manifesto of the APC, their team spirit, and working experience.

“Of the 12 aspirants for the election, the committee has deemed it possible to qualify 11 of the aspirants to contest for the primary. We understand of course that the 12th aspirant has the option of appealing the decision of the committee.

“I will like to emphasize and to commend the aspirants who cooperated in no small measure for the success of this exercise. I will like to seize this opportunity to thank the party for finding us worthy to conduct the exercise.”

Receiving the report on behalf of the Governor Mai Mala Buni-led Caretaker/Extraordinary National Convention Planning Committee, the secretary, Sen. John Akpan Udoedehe, commended the committee for what he described as diligent exercise, assuring that the report would be transferred to the appeal committee for necessary action.