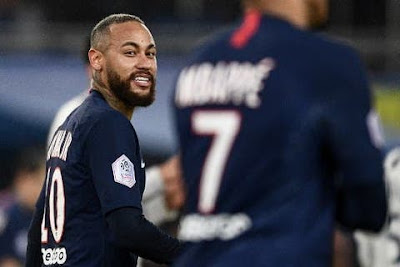 Neymar returning to Barcelona from Paris Saint-Germain is “unlikely”, according to the LaLiga club’s president Josep Maria Bartomeu.

The Brazil forward left Camp Nou for the French capital in a world-record €222million deal back in 2017, but a return to Barcelona – where he won eight major trophies across four seasons – has long been mooted.

However, Bartomeu thinks such a move would be hard to pull off in the current climate as Europe’s elite clubs adjust their plans due to the impact of the coronavirus pandemic.

“Such an operation is unlikely because the situation of all the clubs in Europe is very difficult,” Bartomeu told RAC 1.


Yet there was no such dismissal when Bartomeu was asked about another forward in Lautaro Martinez.

Lionel Messi’s Argentina team-mate is said to have a €111m release clause in his contract, but that is thought to expire on Tuesday, and it has been reported Barca will not try to activate it before the deadline passes.

Martinez, 22, has scored 17 times in 37 appearances for Inter this term and is under contract at San Siro until 2023.

“I’m not talking about transfers,” Bartomeu added when asked about Martinez.

Name Ibadan Airport after Ajimobi, Senate tells FG
“We have not marked the signings in the calendar on when they should be.”

One man who will be joining Barcelona is midfielder Miralem Pjanic, who will move at the end of this season, with Arthur heading in the opposite direction to join Juventus.

Though Pjanic is seven years older than Arthur and there are reports Barcelona looked to offload the Brazilian to balance the books, Bartomeu insists the new signing had been a long-term target.

“Pjanic is a player who has wanted to sign for a long time, he was highly sought after and there is a Barca player who wants Juve,” Bartomeu explained.

“But it is an exceptional situation. It is not to balance balances because we would have sold other players for whom we had offers. Arthur is a player who is highly valued.”