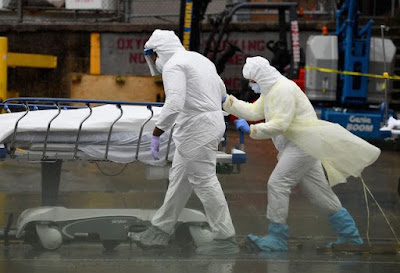 The biggest increases were from the United States, Brazil, India and South Africa, according to the WHO daily report.

Deaths remained steady at about 5,000 a day.

Global coronavirus cases were approaching 13 million on Sunday, according to a Reuters tally.

This will mark another milestone in the spread of the disease that has killed more than 565,000 people in seven months.

In the United States, the world’s hotspot for the virus, the Centres for Disease Control and Prevention (CDC) logged on Sunday 62,918 cases from its previous count.

The CDC figures do not necessarily reflect cases reported by individual states.

On Sunday, Florida logged the most new cases of any state in a single day.

New York’s previous highest amount was 12,847, set at the height of the pandemic in April.

Nearly 143,000 people were tested for the deadly contagion in the Sunshine State on Saturday, or the most in a day since the end of June, said the state’s Health Department said.