Mourinho knows how to handle his players well, Sneijder reveals 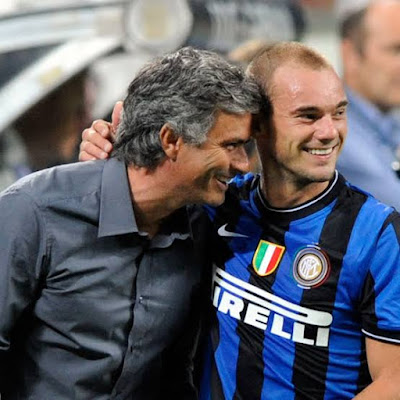 Jose Mourinho has been saluted by Wesley Sneijder for his coaching style. The Dutchman spent four years playing under Mourinho at Inter Milan.

Current Tottenham manager, Jose Mourinho, has been described by his former player Wesley Sneijder as a complete football gaffer who knows what he wants for his team.

There is no doubt about the fact that Jose Mourinho is one of the best football coaches in the world considering his achievements since he started his coaching career. When he was at Inter Milan, Jose Mourinho achieved incredible successes winning the League title and even the Champions League.


Sneijder's best season at Inter Milan was 10 years ago when the club won the Champions League, Coppa Italia and Serie A title at San Siro.

The 36-year-old added that Jose Mourinho made life easy for all the players at Inter Milan to the extent that they were all allowed to dress the way they like.

Jose Mourinho also succeeded in the Premier League most especially when he was handling Chelsea, winning the topflight title.