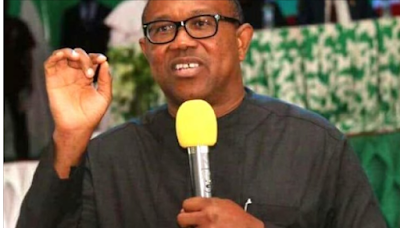 Peter Obi, former governor of Anambra state, says the ordeal of Ibrahim Magu, former acting chairman of the Economic and Financial Crimes Commission (EFCC), is hurting the country more than him.

Magu is being investigated by a presidential panel for allegedly mismanaging loot recovered by the anti-graft agency.

The former acting chairman was arrested on July 6 and released after 10 days in detention.

In an interview with The Sun, Obi, who was the running mate to Atiku Abubakar, Peoples Democratic Party (PDP) presidential candidate during the 2019 polls, said fighting corruption as an economic policy is a waste of time.

He asked the federal government to focus on revamping the economy.

“What you hear today is not the news we should be hearing. What we hear today should be serious issues on the way we are going to go. We should be talking of a reliable roadmap. It should not be about how, in NDDC, Joy Nunieh slapped Akpabio, Oshiomhole vs. Obaseki, Magu this and that etc,” he said.

“We are preoccupied with travelling in the wrong direction. Just open the newspapers, including your own today and you see what the headlines will be. It is about one rascality or the other. I said even during the presidential election that you can fight thieves, but that should not be the primary focus of a government.

“Fighting corruption as an economic policy is a waste of everybody’s time. You can fight thieves, by what you are doing to salvage, strengthen, and rejig your economy. Let me tell you, what Magu is going through today is hurting the country more than it is hurting Magu, if you don’t know. Some people think today that oh Magu is in a mess, that Magu is this and that, but do you know who is in a mess? Nigeria.

“Newspaper headlines in a serious economy should be that the government, for instance, has decided to support SMEs with this or that quantum of money.”

Obi said the debts Nigeria is servicing are not productive, asking the federal government to think of creative ways to generate revenue.

“Looking at the last budget, we are providing not less than N2.9 trillion for servicing of debt, but our education and health budget combined is about the third of this,” he said.

“I can tell you that in the end, the amount we use in servicing the debt will be more than what is provided because we are borrowing more.

“The reason that is happening is that the debt we are servicing is not productive. Look at our development between 2010 and now.”