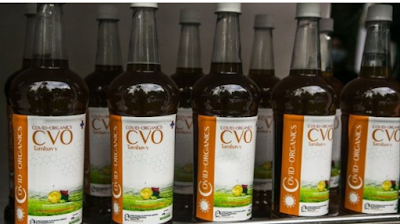 The National Institute of Pharmaceutical Research and Development (NIPRD) says its findings have shown that “COVID Organics”, the herb produced by Madagascar, cannot effectively cure coronavirus.

The drug, which is branded as herbal tea, was launched on April 20, with its main ingredient being sweet wormwood (Artemisia annua), a plant of Asian origin from where the antimalarial drug, artemisinin, came.

In May, Madagascar donated some of the products to Nigeria through Guinea-Bissau.

When President Muhammadu Buhari received portions of the drug from Umaro Sissoco Embalo, his Guinea Bissau counterpart, the Nigerian leader directed that the drug must be verified before use.

“We have our institutions, systems and processes in the country. Any such formulations should be sent to them for verification. I will not put it to use without the endorsement of our institutions,” Buhari had said.

On Sunday, the federal government agency said it subjected the herb to scientific analysis and discovered that it is not as potent as claimed.

“Safety studies show that COVID ORGANICS (CVO) products do not alter the normal physiology of the animals,” it said in its report.

“CVO caused a significant decrease in the platelet counts although the values are within the physiological range for Wistar rats.

“The increase in alkaline phosphatase observed in the CVO female group may indicate a cause of concern although the values are within the physiological ranges for Wistar rats and this was not observed in the organs.

“On the whole CVO can be considered safe based on the model used which did not cover other routes of administration, effects of long-term use, or organ histological evaluation of the test systems.

“CVO reduced cough frequency with the maximum dose tested producing an effect equivalent to that produced by the centrally acting cough-suppressant, dihydrocodeine.

“To further characterise this product based on its effect on the respiratory tract, it will be important to investigate its effect on tracheal mucus expectoration.

“While CVO dose-dependently reduced general febrile response, the effect was not sustained and was less than for indomethacin.”

“The analysis we gave in our report is more detailed than anything that had come from their country. They are hiding the analysis of their own product. If you go online, you cannot get the level of analysis that we gave.”

The World Health Organisation (WHO) had initially warned countries against adopting the product because “it has not been taken through tests to see its efficacy”.

“We are concerned that touting this product as a preventive measure might then make people feel safe,” Matshidiso Moeti, WHO’s head in Africa, had said.