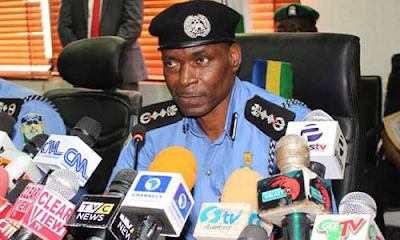 Association of Luxury Bus Owners of Nigeria (ALBON) has raised alarm over alleged extortions and harassment of its members by security agents at checkpoints across the country.

The group accused the security agents of extorting between N2,000 and N10,0000 from their members despite their compliance with COVID-19 protocols and decrease of number of passengers.

In a petition to Inspector General of Police signed by the chairman, National Task Force of ALBON, Chief Joseph Ejiofor, the drivers called for the dismantling of roadblocks on the highways.

The group said that its members have lost billions of naira to the pandemic for the four months they did not operate due to inter-state lockdown.


The petition read in part, “Commercial vehicle road users observe the rule of social distancing by reducing the number of passengers boarding their vehicles such as Sienna from 7 to 5, Hummer bus from 15 to 9, Coaster bus from 33 to 20, luxury bus from 52 to 25, then 59 luxury bus to 30 and Salon car from 4 to 3 passengers.

“The security agencies especially the police created additional obstacles at the roadblocks/checkpoints, the huge sum of money they are extorting from us are militating against the free movements of passengers, goods and services nationwide.

“The security agencies collect N2,000, N5,000 and N10,000 per checkpoint depending on the type of vehicle. There are about 25 road checkpoints from Port Harcourt to Kano. They are frustrating our operation since re-opening of borders.”

If any driver failed to pay, they would beat the driver up and park the vehicles for hours or even days until the driver complied and pay under compulsion.

“The worst of it was the Benin-city/Okada axis of Lagos route where a driver who refused to pay was allegedly tie his legs and hands with rope inside his vehicle while his passengers were discharged and his bus impounded.

“We are appealing to federal government for bailout for commercial vehicle road transportation companies. We are for the economic rejuvenation of the nation in the wake of COViD-19 pandemic.

“We provide livelihood for millions of Nigerians and lift them out of extreme poverty. We are the wheel upon which the economic progress of the nation move. We need your utmost support.”