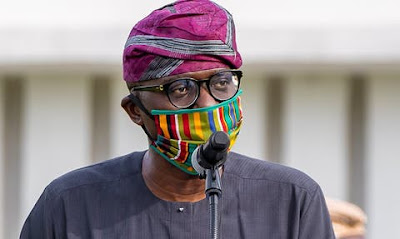 The Lagos State Government has urged striking doctors, under the aegis of Medical Guild, Lagos to suspend their strike.

The Commissioner for Information, Mr Gbenga Omotosho, in a statement, assured residents of the state that while negotiation was ongoing, services at all state-owned health facilities could still be accessed.

“It is pertinent to note that the state government expresses extreme disappointment that the Guild continued with their warning strike despite a series of engagements with the state government aimed at resolving some of the grievances raised. Many issues have already been resolved, while  unresolved issues are still being deliberated upon,” the statement reads in part.

Omotosho said the state government was trying its best to meet the demands of the striking doctors.


He said, “The state government will continue to play its part in ensuring the battle over COVID-19 is won; we urge the Guild to continue to take full advantage of the dispute resolution processes provided by the state to resolve all issues bearing in mind that these are unusual times for the nation and the entire world.”

The Chairman, Medical Guild, Lagos, Dr Oluwajimi Sodipo, in an interview with our correspondent, confirmed that negotiation between the Guild and the state government was ongoing.

He said, “We had a meeting with the representatives of the state government on Sunday and today (Monday). There is also a meeting scheduled for tomorrow (Tuesday), in a bid to resolve our demands.”