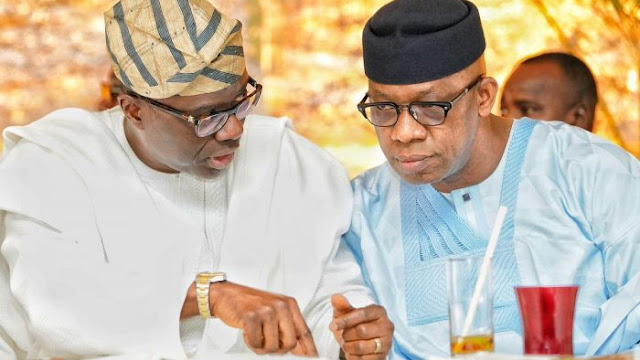 Landlords and residents of Agbado-Okearo in the Ifo Local Government Area of Ogun State have begged Governor, Dapo Abiodun to stop an alleged attempt by the Lagos State Water Corporation to demolish over 400 houses in the area.

The Chairman of the Agbado-Okearo Community Development Association, Samson Abegunde, made the appeal in a statement on Sunday and urged Abiodun to prevail on his Lagos State counterpart, Governor Babajide Sanwo-Olu, to order the LSWC to stop further demolition of houses in the area.

Abegunde said houses numbering about 400 had been marked for demolition to pave the way for pipelines that the LSWC plans to lay in the area through to Lagos State.

According to him, most of the landlords have been living in the area since 1972 without any problem.

He said, “We are appealing to Governor Dapo Abiodun, a listening and sympathetic governor, to assist us, the landlords, by prevailing on his Lagos counterpart to stop the demolition of our houses.

“The community has been in existence since after the civil war, while the water corporation was established in 1986.

“Also, most landlords in the community have the necessary documents, including approved plans by the Ogun State Government.”

Abegunde said the last time the corporation embarked on laying of water pipes many landlords died without getting compensation.

He advised that the LSWC could lay the pipelines behind the waterworks in the area as an alternative route to Lagos.

Abegunde also advised the corporation to use the pig farm in the Oke-Aro area as an alternative route to Lagos.

A former Chairman of the CDA, Mr Christopher Ajayi, said the landlords and residents were surprised to see officials of the corporation with task force personnel on July 4, 2020, to mark the houses they had laboured for years for demolition.

Ajayi said most of the landlords had their Certificates of Occupancy issued to by the Ogun State Government.

In his reaction, the Lagos State Commissioner for Information, Gbenga Omotosho, stated that both Lagos and Ogun governments were collaborating on the water project, adding that the Sanwo-Olu administration was ready to compensate those affected by the project.

He said, “The Ogun and Lagos state governments are collaborating on the Adiyan waterworks and nobody is going to demolish anybody’s house illegally. The compensation for the community is ready but we are waiting for the paper work from the Ogun State Government.

“The two governments are meeting; nobody is going to take anybody’s property by force. The people have nothing to fear; Lagos is ready to pay compensation.”