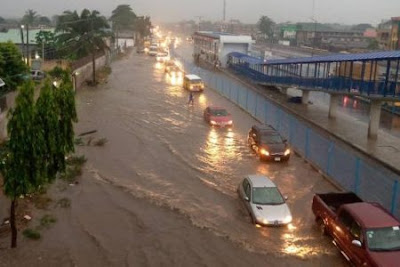 The Lagos State Government on Thursday identified four local governments that may be sacked by rampaging flood between now and September and asked residents in the affected areas to be prepared to relocate.

The LGs are: Lagos Mainland, Mushin, Ibeju-Lekki and Ikorodu.

The State Ministry of the Environment and Water Resources in a release signed by the Commissioner, Mr Tunji Bello, said the four listed Local Governments areas will witness more high intensity rainfall between now and September.

He, therefore, urged the residents of the listed four LGs, especially those with structures in low lying areas to relocate during this period to avoid any untoward incident which may come with flooding and resultant loss of lives and properties.


Tunji Bello, quoting excepts from the Annual Flood Outlook released by the Hydrological Services Agency on May 28 this year, also identified 14 other Local Government areas as those who would face probable flood risks this year.

The Commissioner stated that the Ministry will intensify efforts at clearing and cleaning the drains and removing pet bottles and styro foams as exemplified by the efforts of the Emergency Flood Abatement Gang all over the black spots in the state.

He added that it is regrettable that several heaps of pet plastic bottles, styro foams and solid waste are daily being excavated from the drainage channels in areas like Mushin, Idi Oro, Idi Araba, LUTH and Mile 2.

Bello stressed that investigation has also shown that some traders especially in Mushin dump waste from their daily sales and articles straight into the drains, thus inhibiting the free flow of water into its channels.

He urged residents to desist from clogging drainage channels with refuse especially those already cleaned up recently, adding that the unpatriotic act of some residents is putting the lives of those working on the drains in danger.

Bello said anyone caught dumping refuse in any drainage channel will face the full wrath of the law.

He appealed to residents of Bariga who have been adversely affected by sand filling carried out in the area in the past to bear with the state as the ministry is working assiduously to ensure that the alignment is properly restored.