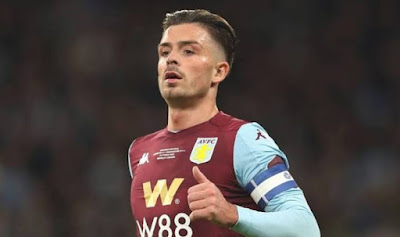 United head the race for Grealish who is expected to depart his boyhood club regardless of whether they retain their Premier League status.

Sherwood believes a deal has already been struck with United for the 24-year-old to move at the end of the season.

“I think Jack Grealish is a deal which is already done,” he told Premier League Productions. “He’s a player that they [Manchester United] need. I honestly believe there’s only one club for Jack Grealish.


“I don’t think he can stay at Aston Villa, he needs to progress his career. I think he signs for Manchester United.”