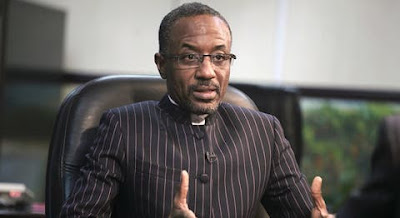 Former Governor of the Central Bank of Nigeria and immediate past Emir of Kano, Muhammad Sanusi, has said corruption will continue to fester in the country if incompetent persons occupy leadership positions and if there is nepotism in the system.

He stated that these would also continue to hinder the country’s development, noting that if citizens did not consider merit and competence in choosing their leaders, the country would make no progress.

Speaking at a webinar themed, ‘The sustainability of society’, organised by the Emmanuel Chapel, Sanusi explained that inasmuch as the Federal Character principle enshrined in the Constitution has to be followed, the best brains from the different parts of the country should be appointed or elected into public office.

He said, “Morally and religiously speaking, corruption is a problem. But let us look at it from the angle of economics and we (would) begin to understand that it is not just the corruption itself but the type of corruption.


“Part of the problem we have is incompetence and that is why I keep saying we must pay attention to merit. We have a system called Federal Character and I believe we should have Nigerians from all over the country in public office, but all those Nigerians must be people that are competent. There must be a merit test; a competence test.

“For me, I think the root of corruption is when we begin to de-emphasise merit, competence and performance and so long as we don’t bring the best in this country to do the job and hold them to account, we won’t go anywhere.

“The worst form of corruption we have in this country is nepotism; when people get into positions by virtue of personal loyalty, friendship and who they know, rather than what they can actually deliver by virtue of their competence for that office. We need people who can deliver for this country, I mean the majority.”

Meanwhile, when asked by one of the moderators the three fundamental catalytic reforms he felt could catapult Nigeria to a better place within the next seven to 10 years, Sanusi identified political reforms, especially the amendment of the Constitution to reduce the cost of governance and promote efficiency.

He added, “The second thing, which is extremely important, is that we must respect merit and the third thing is we need patience and we, especially those of us not in government, should put in our contributions that would help the leaders manage those challenges.

The Deputy Secretary-General of the United Nations, Mrs Amina Mohammed, was also a panellist at the webinar, which was moderated by Prof Konyinsola Ajayi (SAN) and the Managing Director & Chief Investment Officer, ARM Harith Infrastructure Fund Managers, Ms Tariye Gbadegesin.