I enlisted in the military but fled, Wole Soyinka reveals as he celebrates 86th Birthday 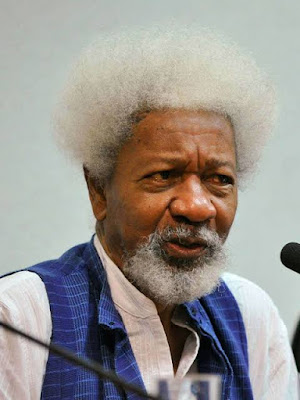 Nigerian Nobel laureate, Professor Wole Soyinka, who clocked 86 (13 July 2020) has elucidated his motive for enlisting in the Nigerian Army officer Corp but decided to leave after a period.

In his words: “I dedicated my Nobel Prize to Nelson Mandela. Why should that surprise you? I have been obsessed with South Africa since I was politically conscious.


“I told you, that was why I entered the military as a student joining the officer corps for a short while. I fled when they were going to pack me to the Suez instead of where I wanted to go – which was South Africa. I packed up my kit, saying

“No, I wanted to train for South Africa, not for the Suez. You go and capture a canal on someone’s land, then declare war when he resists, and then you call me up to serve. Remember the Anglo-French invasion?

“I was called up and I said “No, that was not it”. That was why I left the officer corps. Fortunately, we the interior native – you know, the colonialists were very funny.

“Those in Lagos were British subjects, we from Abeokuta etc, the interior, were ‘protected subjects’ and we were not fully bound by the laws of the British. I was not a British citizen.

He added: “I have always been obsessed with South Africa. And Mandela represents for me the bearer of African dignity. That’s why I used that expression that “the soul of Africa has departed” when he died.

“It was something which I didn’t really have to think about, that was how I felt on Nelson Mandela’s death. I did some reading at Marymount University after his death.

“It’s been a personal obsession with me. It was the most natural thing for me to have dedicated that lecture to Nelson Mandela. I remember our first meeting after his release as one of the most moving encounters of my existence.”

When asked the secret of his physical and mental agility, Soyinka, author of the first full-length play produced on Nigerian television, entitled “My Father’s Burden” said; “I don’t know why.  But I must say I’m not a health fanatic— I don’t jog.

“When I see people jog, they look ridiculous. From time to time, I go into the bush just to get away from people really, not for the purpose of exercise. I have no idea. It’s just luck.”

Soyinka also told the interviewers who cornered him at one of his hideouts in Lagos that he has “a very heightened individualist sensibility”.

He stated this in his response to the question; “Would you say that your childhood spent in a very exciting, if not tempestuous, environment of political activism, in a home of a headmaster (your father) and a trader (your mother) who treated their fellow human beings well and lived an incredible life of service to their community, helped to mould you as an anti-establishment humanist who lives by egalitarian ethos?”

“In other words, I cannot treat faces as particles in a human congealment. No. Every human being is distinct, but the assertion of that distinctness cannot be at the expense of other individual entitlements. You assert your being to the fullest, …”