I earned more as a professor than as minister, Pantami reveals 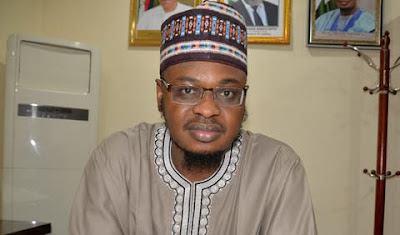 The Minister of Communications and Digital Economy, Isa Pantami, says his “salaries and allowances” as a serving minister are lesser compared to what he earned as an academic at the International University Madinah, Saudi Arabia.

Pantami said this while reacting to online reports that he procured three houses since his assumed office barely a year ago.

According to a statement on Friday by his spokesperson, Uwa Suleiman, the minister said he only came back to Nigeria “to answer the call to serve his country as a sign of his patriotism and selfless service.”

The statement partly read, “For the purpose of setting the records straight, the Honourable Minister has not purchased a single property anywhere In the world, in the period he has been in office as a Minister. One of the apartments in the images published is one which the Honourable Minister has occupied since January 2017, more than two years before becoming a minister, while the other one is a house he rented since 17th December 2019. Two of the images are not even known to him.


“It is worthy of note that as a serving Minister, Dr Pantami’s salaries and allowances fall below his earnings as a Professor at the International University Madinah Saudi Arabia, where he still holds the record of being the first Nigerian to lecture at that level. He only returned to Nigeria out of the zeal to contribute his quota to national development.