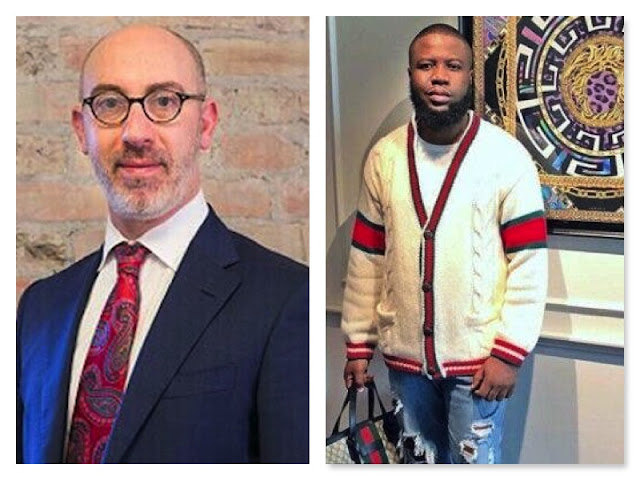 Ramon Olorunwa Abbas, a.k.a Hushpuppi has hired Gal Pissetzky, one of the best criminal defence lawyers in Chicago area to defend him.

Hushpuppi, who was extradited to US from Dubai last week Thursday faces trial in Los Angeles, where his case has been filed before a US District Court in Central District of California.


Chicago therefore appears like a temporary bus stop as he will be transferred soon.

Pissetsky revealed that he will handle Hushpuppi’s defence all the way to Los Angeles.

In a text message on Wednesday, he confirmed he is Abbas’s Defence attorney.

“I do represent Mr Abbas”, Pissetzky said. “Most likely I’ll be following the case to LA too”.

Hushpuppi appeared to have hired the right attorney.

Mr. Pissetzky is described on the website of his law firm, Pissetzky & Berliner, LLC as a well-respected member of the legal community, who has represented many clients in high-profile cases, and is frequently quoted in the press.

“He regularly appears on TV as the legal consultant/advisor regarding high profile criminal cases”.

Mr. Pissetzky began his career as a defence attorney in 2002 after spending four years with the Cook County State Attorney’s Office.

Mr. Pissetzky has earned a reputation for his fierce and zealous advocacy. He was named a Super Lawyer Rising Star in 2011 and included in the list of Top 100 Trial Lawyers repeatedly

Pissetzky client Ramon Hushpuppi was described by the U.S. Justice Department, along with FBI as “one of the leaders of a transnational network that facilitates computer intrusions” in order “to steal hundreds of millions of dollars” from victims all over the world.

The U.S has declined to identify all those targeted by the alleged conspiracy.

The list reportedly includes a New York-based law firm that was defrauded out of almost US$1 million last October, a “foreign financial institution” that suffered a loss of $14.7 million following a cyber-heist in February 2019, and an English Premier League football club targeted as part of a scheme to steal almost $125 million.

“A criminal complaint accuses Ponle of orchestrating “business email compromise” schemes to defraud several U.S.-based companies. The schemes resulted in attempted or actual losses to victim companies in the tens of millions of dollars, including a Chicago-based company that was defrauded into sending wire transfers totaling $15.2 million, the complaint states”.

Pissetzky said he is not the attorney for Woodberry.